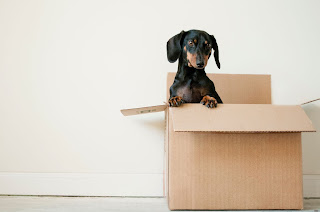 I've been getting inspired to start blogging again and I wanted a fresh start. So I've moved over to Wordpress with a new look and a new name: https://ohioanlibrarian.wordpress.com/. Even though I'll keep this blog up for reference, it won't be updated any more. Hope to see you all there!

Kim
Posted by Kim at 4:32 PM No comments: Links to this post

At my library (and I'm sure just about every other library out there) Dog Man is never on the shelves, so I decided to try my hand at hosting a Dog Man Party, with great results.

It was on a Saturday afternoon in the spring when the weather in Ohio isn't quite nice enough to be outside, but not awful enough to not want to venture out at all. It was geared for kids in grades K to 6, but I didn't turn anyone away. I ended up with over 100 attendees who came from all over the county!

Everything was self-directed, which freed me up to take photos, replenish supplies, and generally interact with the families.

Here's what I did:

Dog Man Comic Drawing
At this station I set out blank white paper, pencils, colored pencils, and blank comic templates and just let the kids draw. I copied Dav Pilkey's "How 2 Draws" from the back of the books and tried to have a copy of each Dog Man volume nearby. I also printed out his instructions on how to make a Flip-O-Rama, since those are in all of the books. This was one of the most popular stations. I had kids who spent the entire program drawing, which was awesome. 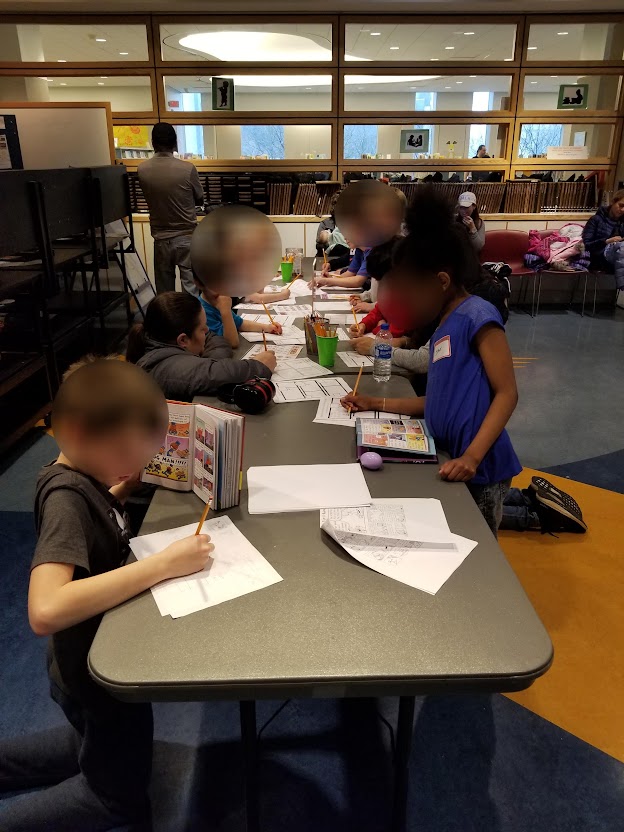 Pin the Head on Dog Man
I am lucky enough to have a maker space department in my library that was able to print out a big Dog Man body on vinyl (to make it reusable) and blow up some Dog Man heads to play the game with. 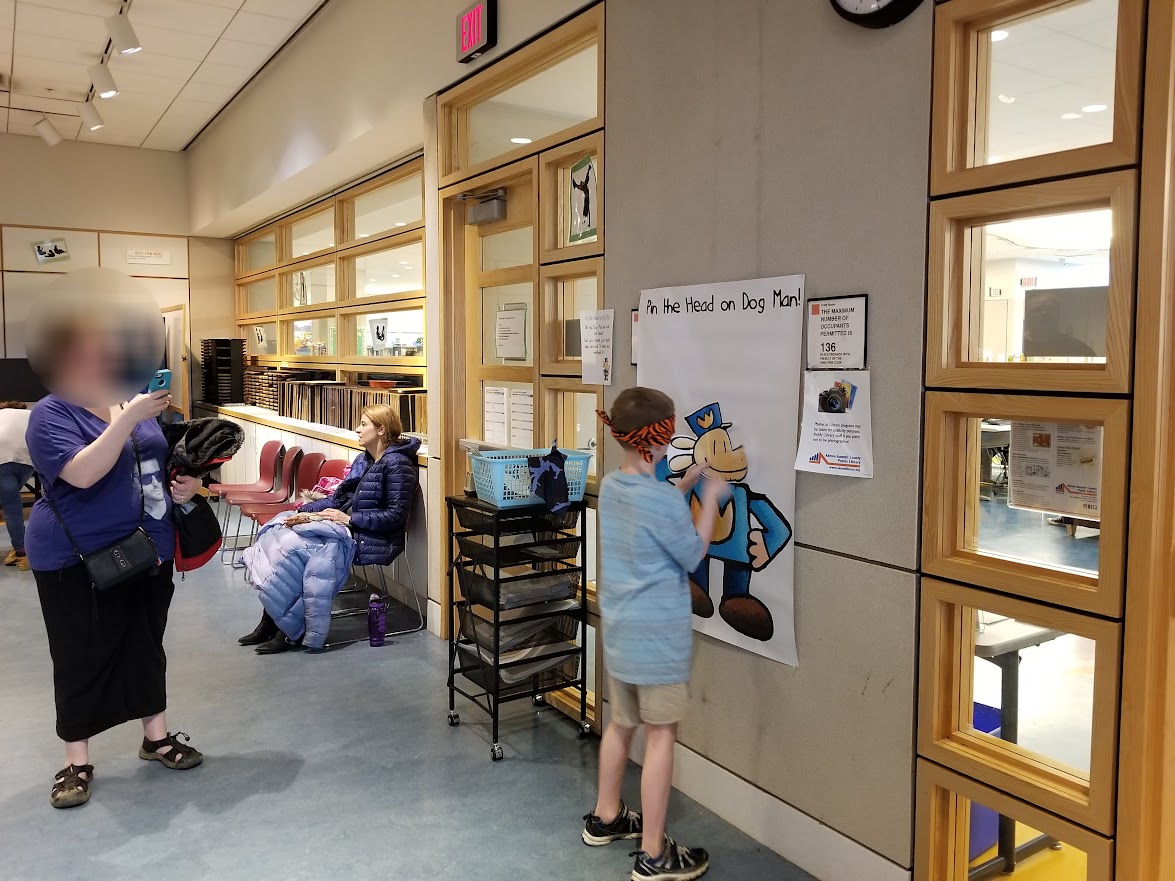 Petey's Secret Lab
Since in the books Petey is always inventing things, and in one of them he makes a shrink ray, I busted out some leftover Shrinky Dink paper, Sharpies, and borrowed a couple of craft toaster ovens and let the kids make a Shrinky Dink. I ended up needing someone to man this station the entire time as it was really popular! 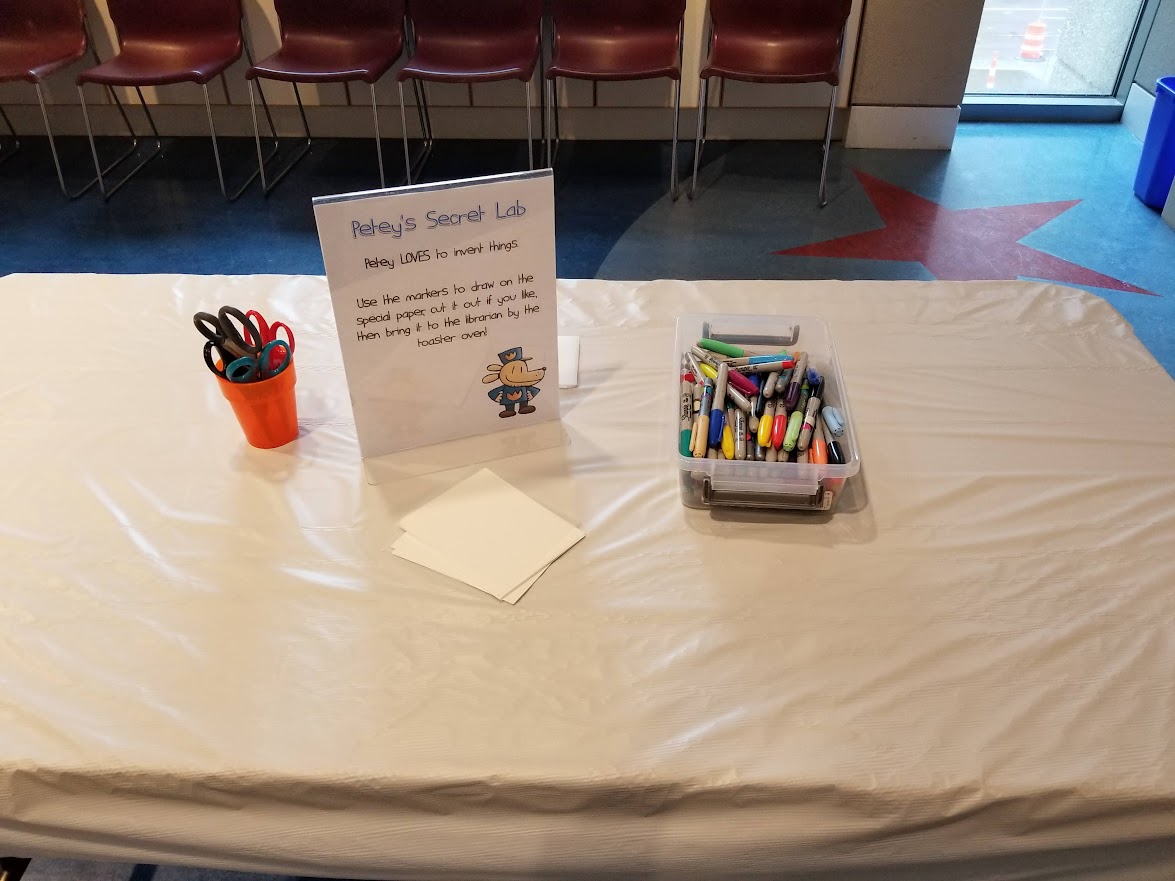 Lil' Petey's Robot Shop
Lil' Petey and 80 HD end up becoming good friends in the books, so I wanted the kids to be able to make their own 80 HD or other robot buddy. I literally put out random things that we already had in our craft cabinets and didn't give them any parameters on what to build. Here are some of the cool things they came up with: 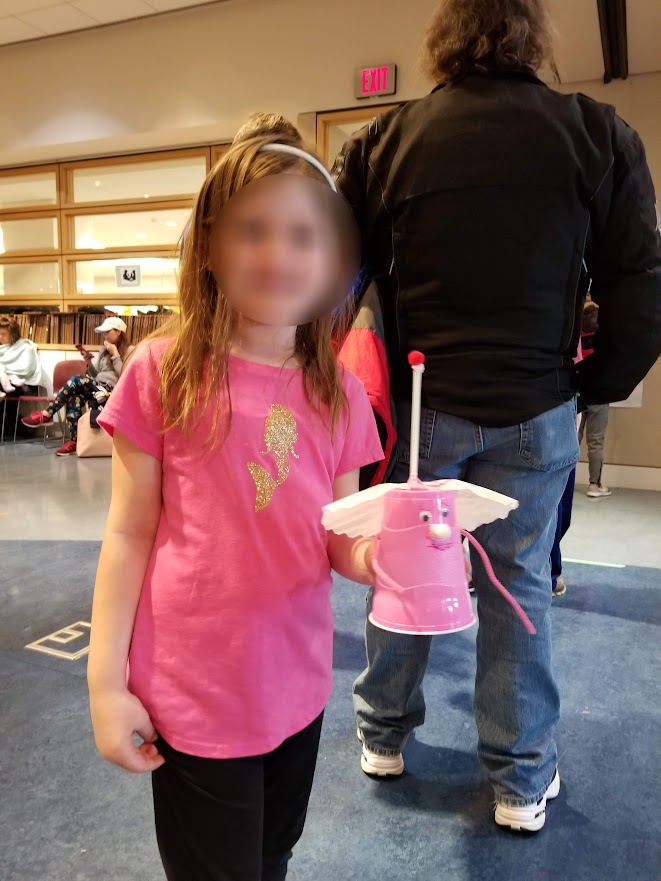 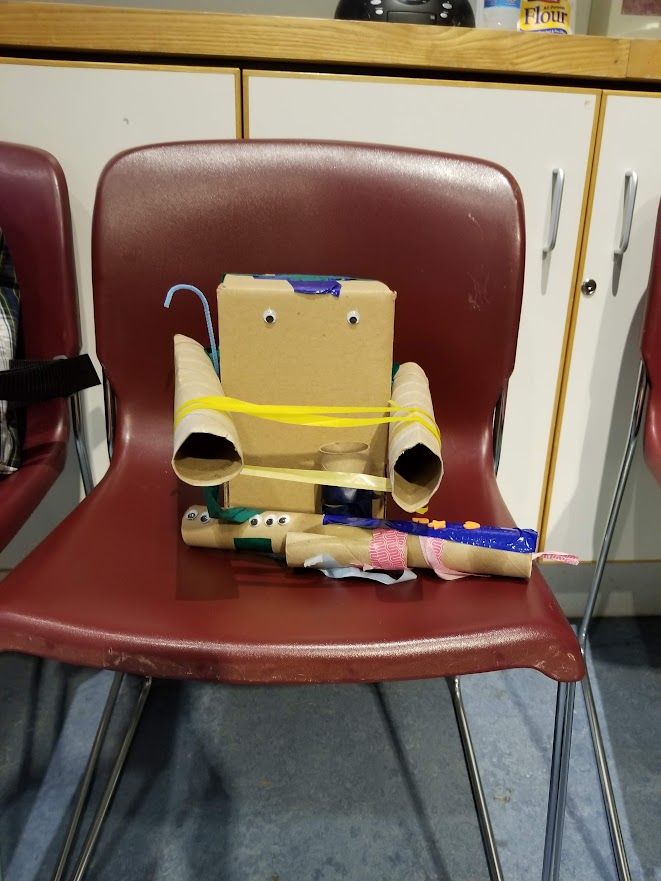 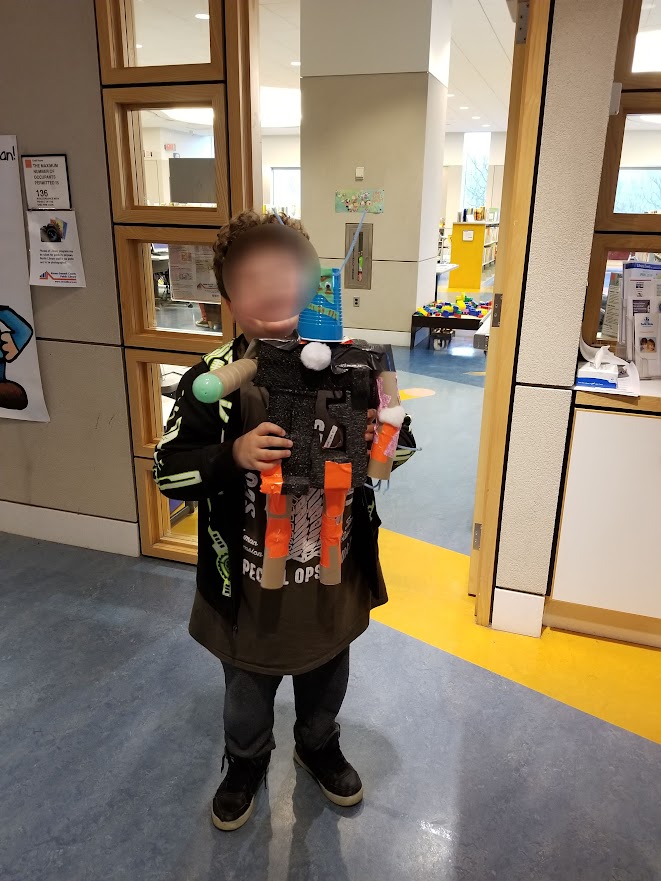 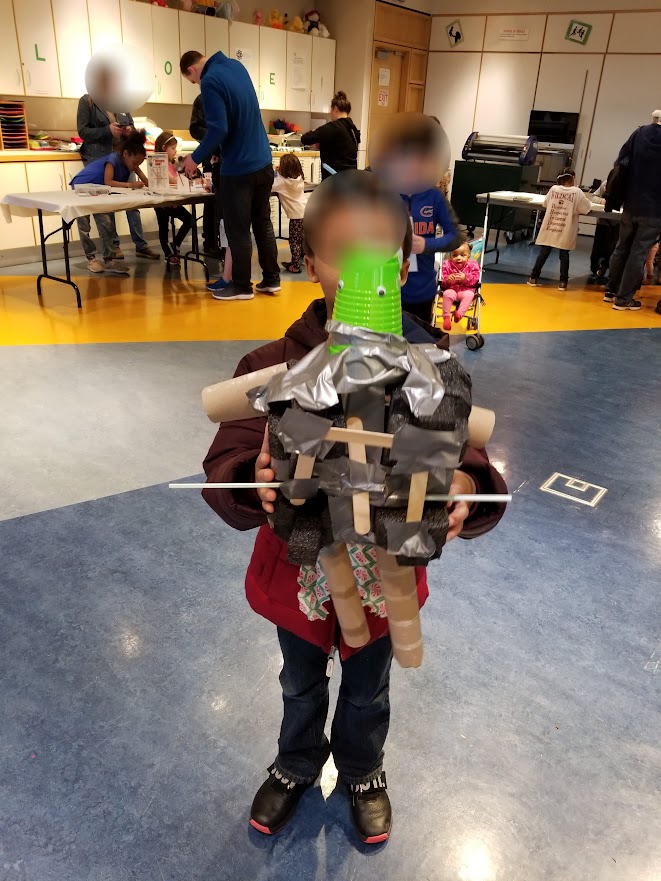 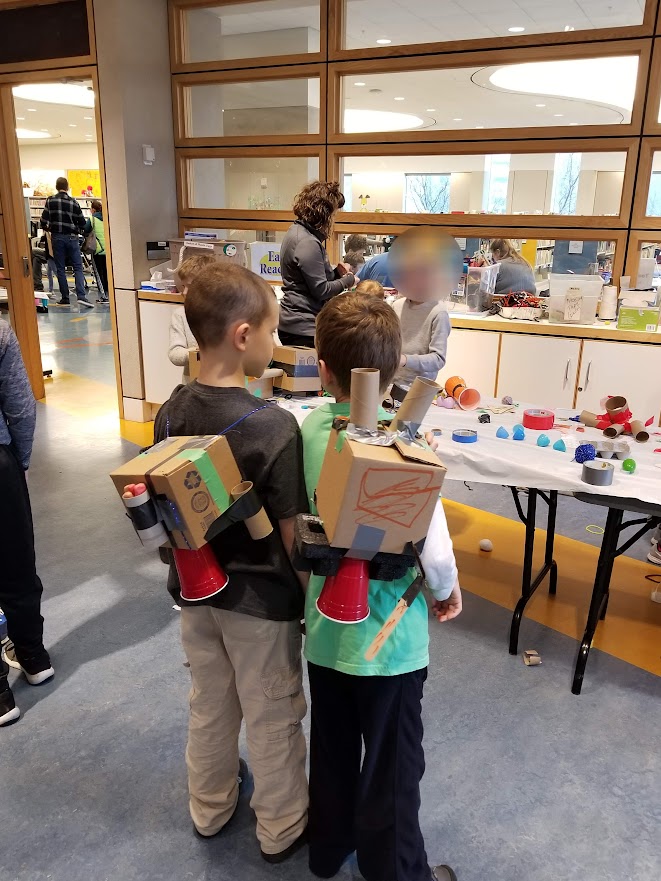 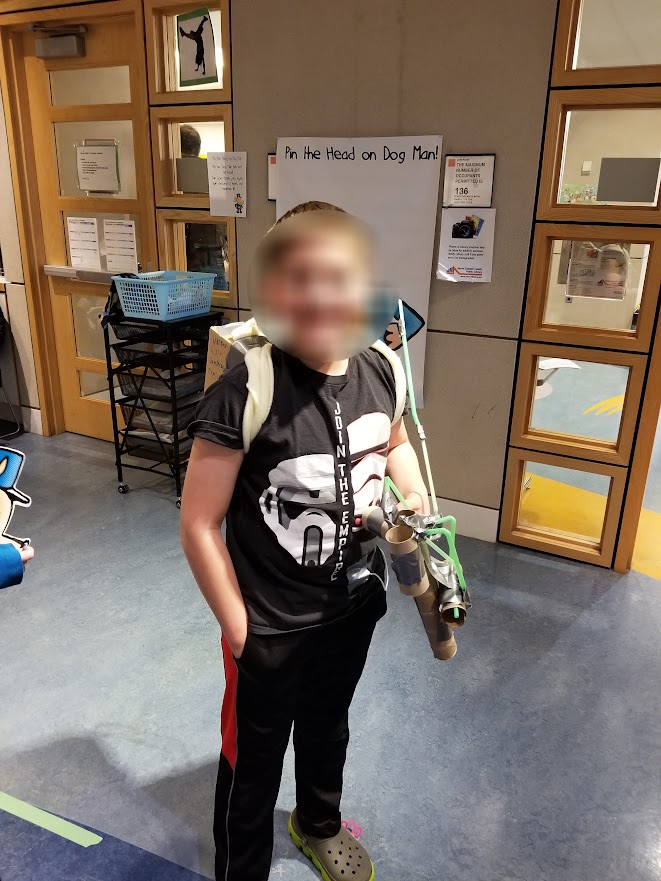 One of my favorite things to do at programs is to set out random items and then observe what kids create with them. As always, they exceeded my expectations.

Flippy's Evil Fishing
I had purchased a simple plastic fishing set to use in programming. I took one of the fish (see the middle of the bin next to the egg-looking thing) and made it look like Flippy using Sharpie marker. 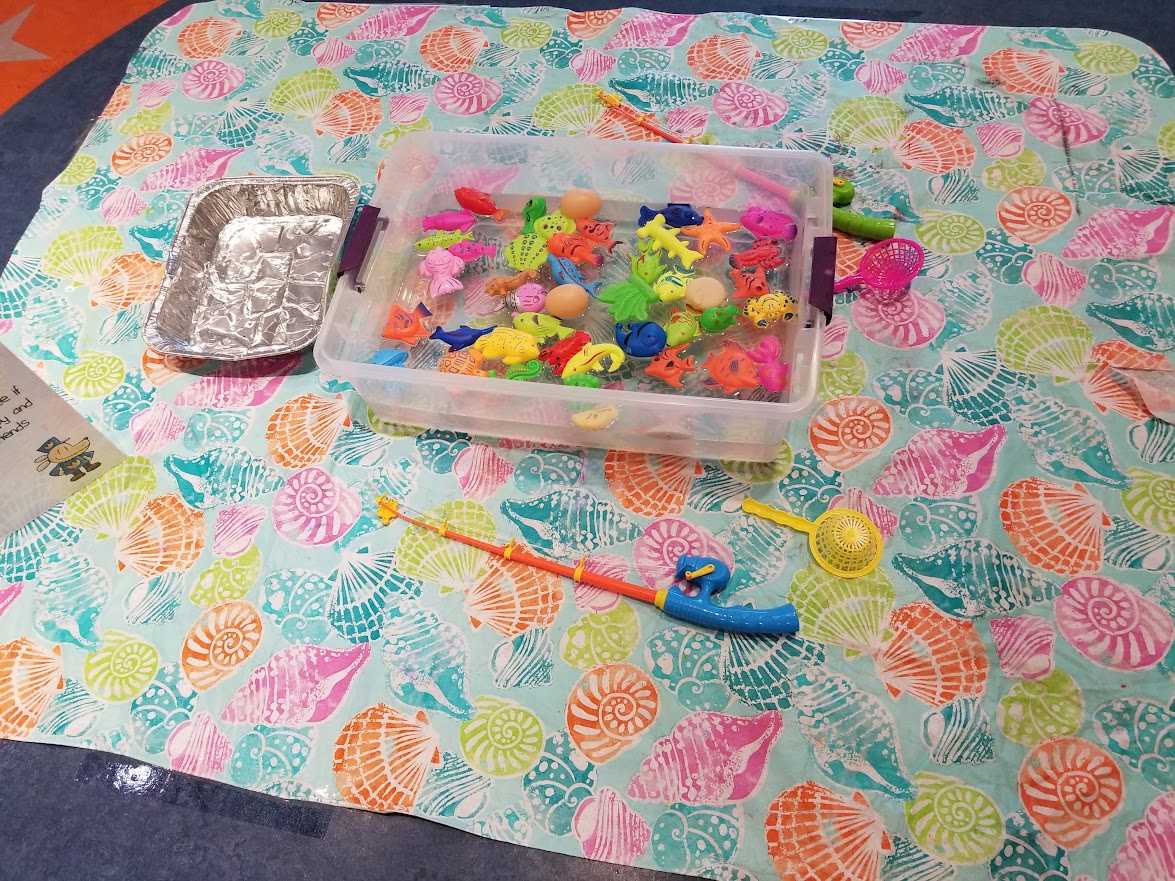 Take Down the Evil Weenies!
We had a plastic bowling set already, so I just used packing tape to attach photos of the evil weenies and kids could try to see if they could bowl them all down. 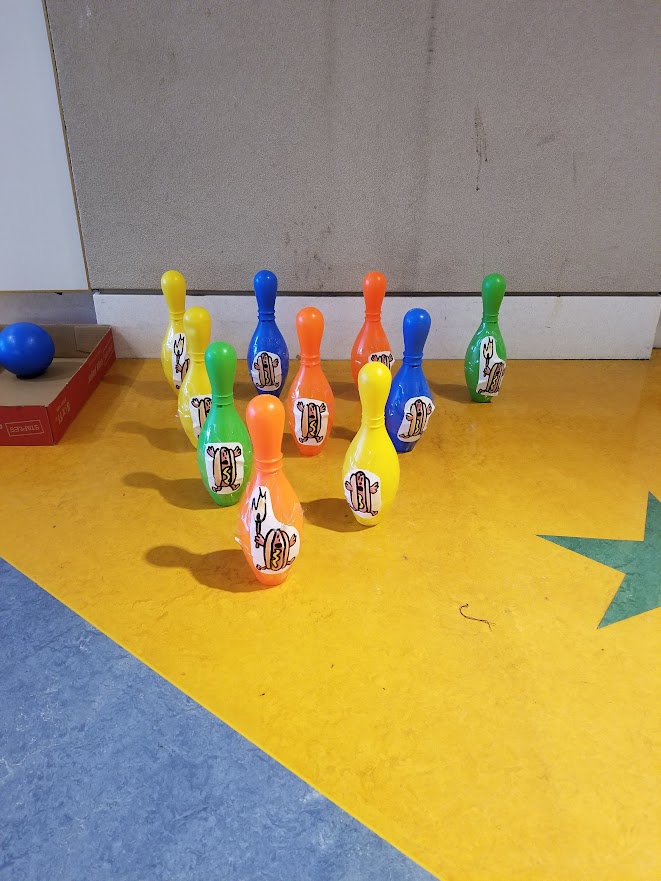 Save the Town!
I use this idea a lot in storytimes with younger kids and it was a hit here too. I just took some LEGO minifigures and other random plastic people/animals and froze them in ice cube trays and plastic containers of water. Then kids could use metal spoons to try to break them out of the ice in order to rescue them. 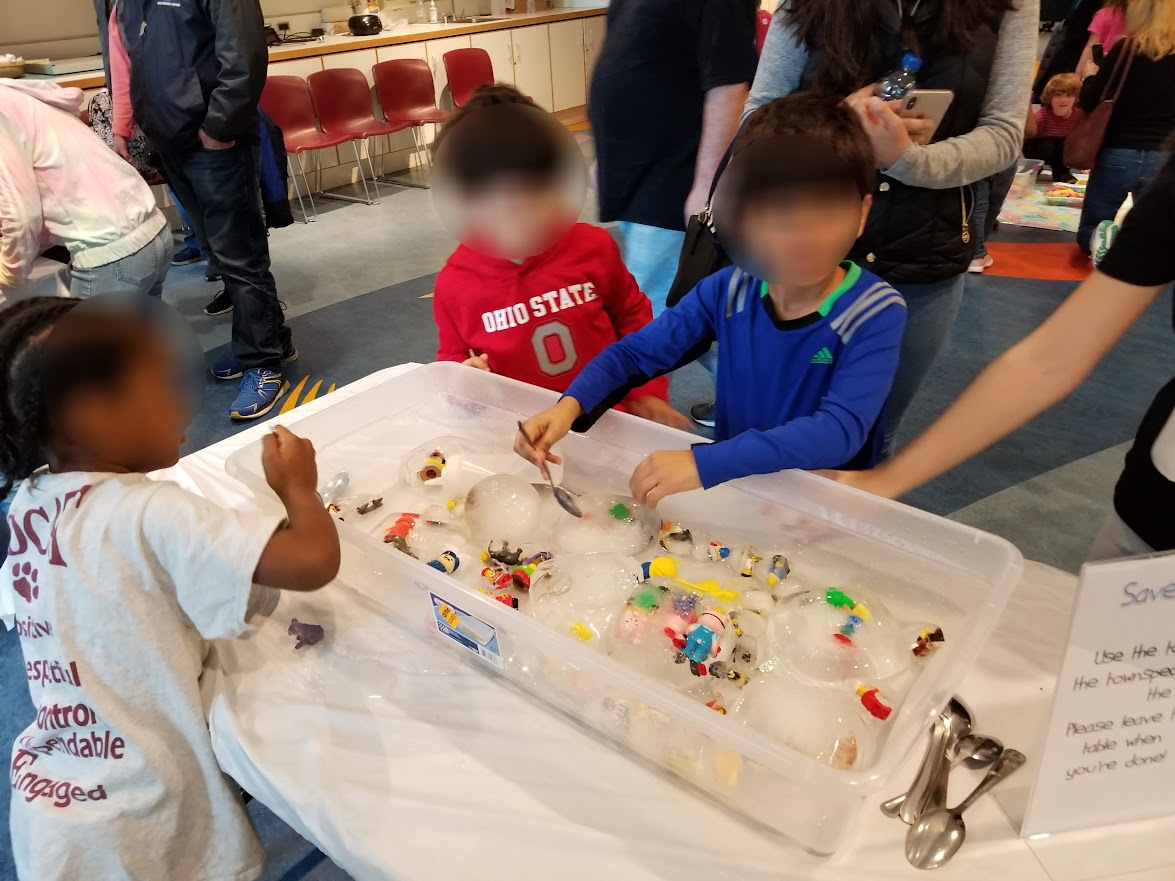 Superhero Creator
In the books, Dog Man and his friends come up with superhero names for themselves, so I wanted the kids to be able to do the same. I set out paper masks and string for them to decorate as well as a Superhero Name Generator and sticky nametags to show off their new persona. 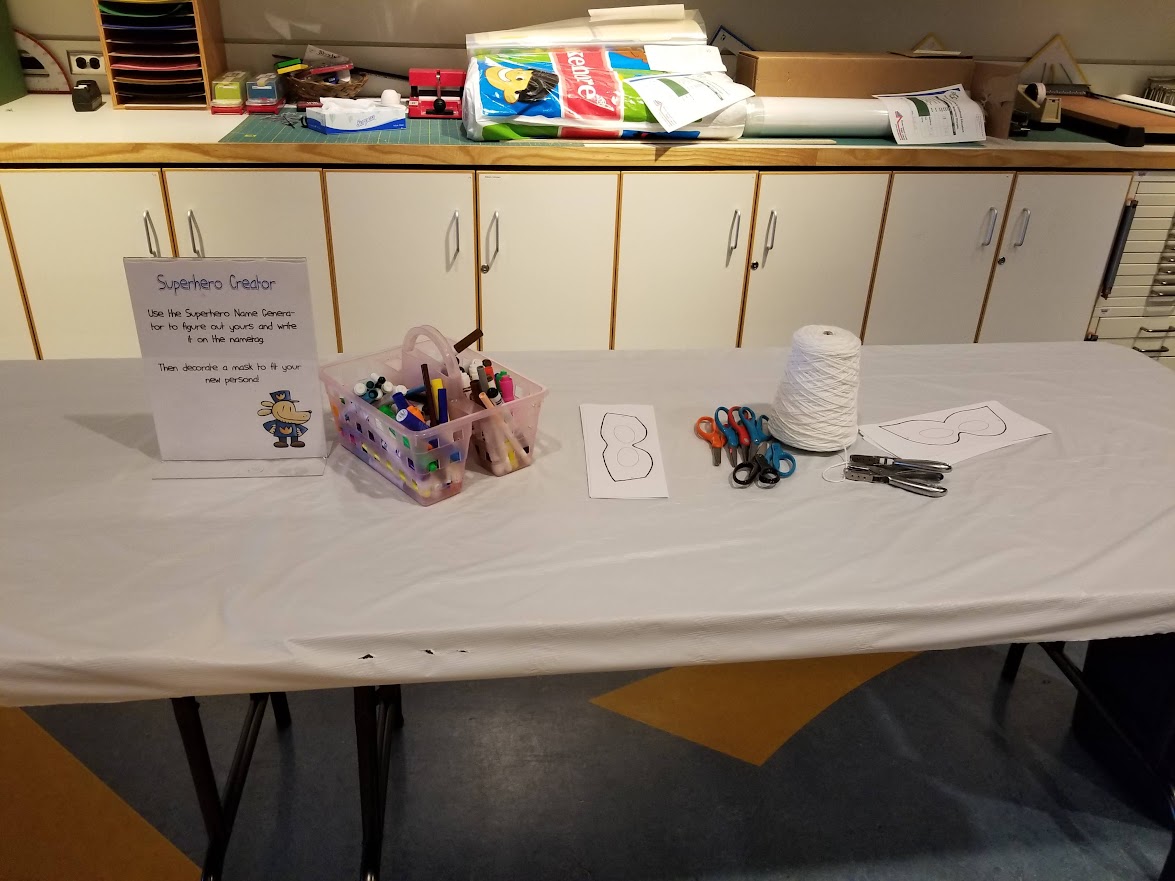 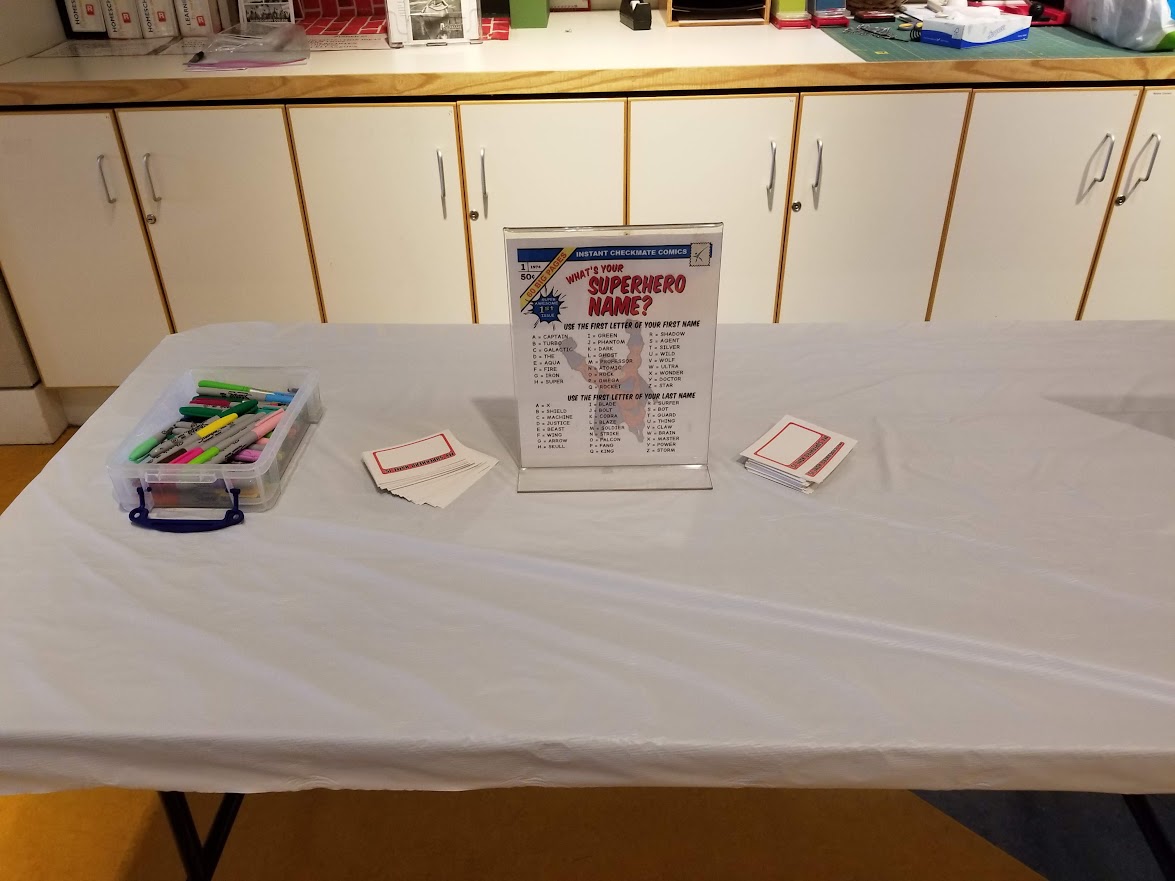 That's it! I didn't spend any money on this program and would do it again in a heartbeat. Have you done a Dog Man program? What activities did you do?
Posted by Kim at 10:37 AM 3 comments: Links to this post